The air dome is a structure developed in the mid 20th century. Air domes with steel line grids have been available on the market since the mid 1960’s. We have been manufacturing air domes since the year 2003. Thanks to our halls, open sports facilities can be open throughout the entire year providing optimal conditions.

Each year we try to improve our product in order to make it perfect. So far we have designed, manufactured and installed over 50 domes, ranging from domes covering a single court and small swimming pool to 7 courts and a full size football pitch by the Legia Warszawa stadium.

On our website you will find detailed information regarding our domes. Initially it is worth mentioning that domes by InterHall are delivered to the customer fully equipped. First assembly of the dome takes no more than 2 days. The time from signing the contract to dome delivery and assembly takes no more than 3 months.

The dome consists of the following components:

The dome’s structure is supported by low inside vacuum of approx. 200 PA. The three membranes are pressed against the steel line grid, which is attached to the ground using the anchoring system. Such a structure enables our domes to endure difficult weather conditions (heavy snowfall and winds reaching 200 km/h). The air pumped into the dome may be cold or warm. Our offer also includes heating systems which can be powered by gas, fuel oil or hot water.

Below we present a film made during the assembly of InterHall’s first full size air dome in Poland. Installation on the Legia Warszawa training pitch took place on 27-28 December 2013. InterHall Sp. z o.o. became the technological partner of Legia Warszawa.

The next film shows interviews with customers of two football domes located in Warsaw, which were made in 2013. The video material shows exactly why InterHall Sp. z o.o. is the leading manufacturer of air domes in Poland. 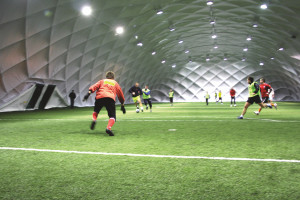 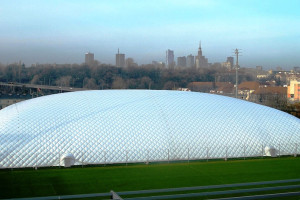 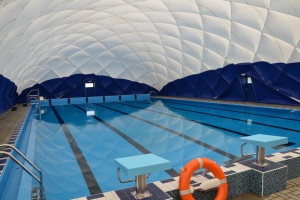 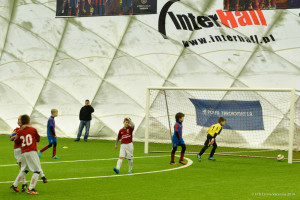 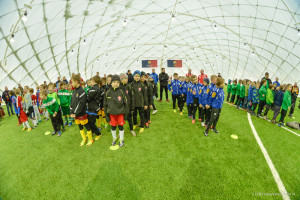 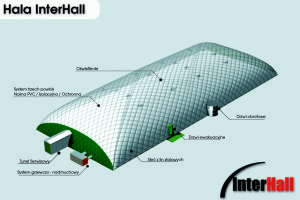 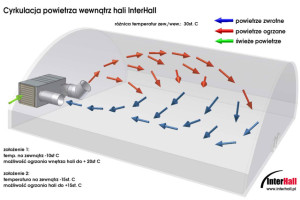 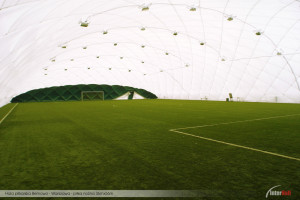 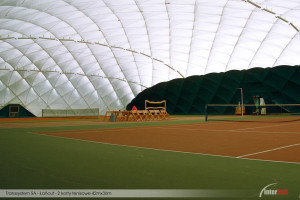 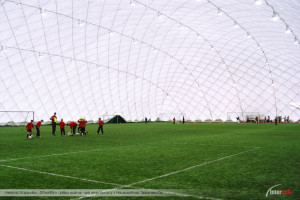 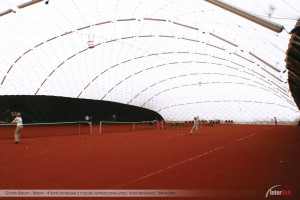 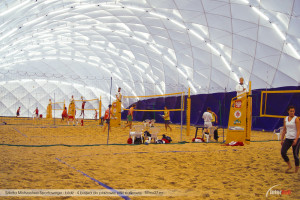 Sports fields Running tracks Air domes Air domes Air domes
Write
Do you have questions? We are eager to answer them all. We will call back!
This website uses cookies and similar technology. Cookie files can be disabled in the Internet browser. Lack of action in this matter is taken as your consent to the use of cookie files..Read more about Privacy policy
Close